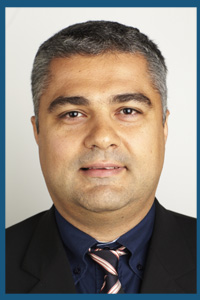 I performed a stage in General Surgery and Liver Transplantation Unit in the Centre Hospitalier Universitaire Rangueil – Toulouse, France from November 2000 to February 2001, under the direct supervision of Professor Giles Fourtanier.

From April 2006 to February 2007 I completed a stage of organ transplantation and general surgery in Organ Transplantation Unit of Ospedale Niguarda Ca Granda, Milan – Italy under the direct supervision of Professor Luciano DeCarlis, participating to all the liver transplantation procedures, to the major part of organ procurement interventions, kidney and to combined kidney – pancreas transplantation. During this stage I collected and integrated the Italian experience from my PhD thesis entitled “Biliary complications in Liver Transplantation”.

In 2011 I performed a Clinical Observership in the Comprehensive Transplant Center at Northwestern Memorial Hospital under the direct supervision of Professor Michael Abecassis, followed in 2012 by another two month stage of organ transplantation and general surgery in Organ Transplantation Unit of Ospedale Niguarda Ca Granda, Milan.

I am very interested in Hepato-Biliary-Pancreatic Surgery and Liver Transplantation, but also in mini-invasive Surgery.

I am involved in 18 National or European grants as researcher but also as director of one program, and I am author or co-author of 11 articles being cited 65 times and with an h-index of 5.

Starting 2012 I become TTS full member and HPB Surgery reviewer and from 07.2013 I am member of “Albo dei Medici e Chirurghi di Milano”.