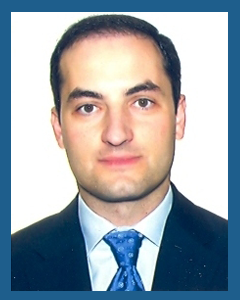 Dr. Constantino Fondevila completed his medical education at the University of Navarra, School of Medicine and his training as a surgical resident in the Department of Surgery at the Hospital Clinic in Barcelona. In 2002, Dr. Fondevila was accepted as a visiting fellow at the Dumont-UCLA Transplant Center, under the leadership of Prof. Ronald W. Busuttil, and was the recipient of a grant from the Spanish Society of Surgeons in order to expand his knowledge regarding the clinical and organizational aspects of living donor and split liver transplantation. In 2003, Dr. Fondevila was the recipient of a Fulbright Foundation Award to continue his work at UCLA, whereupon he began work as a research fellow in the area of hepatic ischemia-reperfusion injury in the UCLA Liver Transplant Laboratory. In October 2007, Dr. Fondevila was selected as one of the ten International Guest Scholars of the American College of Surgeons for the year 2008.

Dr. Fondevila was appointed Associate Professor of Surgery at the University of Barcelona in 2008; in June 2012, he was approved by the Spanish Ministry of Education as Full Professor. At present, he works as a Consultant in the Liver Transplant Unit in the Hospital Clinic, part of the University of Barcelona. He is actively involved in clinical protocols to expand organ availability, such the Hospital Clinic uncontrolled donation after circulatory determination of death (DCD) and live donation liver transplant programs. He performs advanced hepato-pancreatico-biliary surgery and has a special interest using laparoscopic techniques for major and minor hepatic resections.

Dr. Fondevila simultaneously continues to work in research, in particular in the field of hepatic ischemia-reperfusion injury, and has earned a total of four grants – two for investigations into the use of partial liver grafts and two on the preservation of livers procured through DCD – and has been continuously funded by the Spanish National Institute of Health, Carlos III, since 2005. He is the author of more than 100 articles published in peer-reviewed journals and gives numerous talks annually on transplantation and hepatobiliary surgery at both national and international meetings. Additionally, Dr. Fondevila is actively involved in the International Liver Transplantation society (ILTS) and was appointed Chairman of the Vanguard Committee and member of the Council in 2011. Currently, he also serves on the Editorial Board of the journals Liver Transplantation and Transplantation. In 2012, he was the recipient of the National Surgery Award from the Spanish Society of Surgeons.