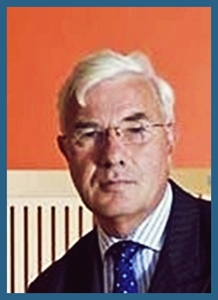 Dr. Chris Rudge was appointed Consultant Transplant Surgeon in London in 1981. He became UK Transplant’s first Medical Director in 2001, and following the establishment of the merged Authority NHS Blood and Transplant, he became the Managing and Transplant Director of UK Transplant. In September 2008, Chris took up the role at the Department of Health as National Clinical Director for Transplantation, with responsibility for implementation of the Organ Donation Taskforce Recommendations.

Throughout this time he chaired numerous committees and clinical groups, together with a high-level Programme Development Board in the Department of Health. He retired from this post in August 2011, and also from his part-time clinical practice at The Royal London Hospital.

He still chairs a Clinical Reference Group from 15 EU Member States as part of a three-year EU project, and has acted as an external Associate to PriceWaterhouse Coopers and KPMG.

In June 2012 he was awarded a CBE in The Queen’s Birthday Honours List for services to donation and organ transplantation.