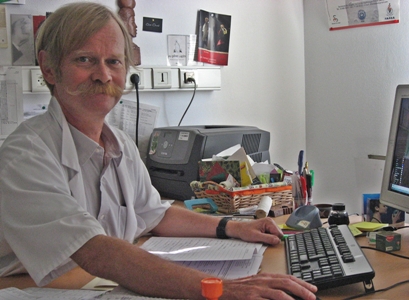 Christian Hiesse, MD is Professor of Nephrology and Head of the Kidney Transplant Program of the Nephrology Department at the University Hospital Foch in Suresnes, France.

After graduating from the Faculty of Medicine at Paris in 1982, he received his specialty degree in Nephrology in 1986. From 1986 to 2000 he was at University of Paris-Sud as Assistant Professor of Nephrology. From 2000 to 2003 he was head of the kidney pole at the medical department of the French Graft Agency. In 2003 he moved to create a kidney transplant unit in French West Indies, and returned in 2007 in Paris.